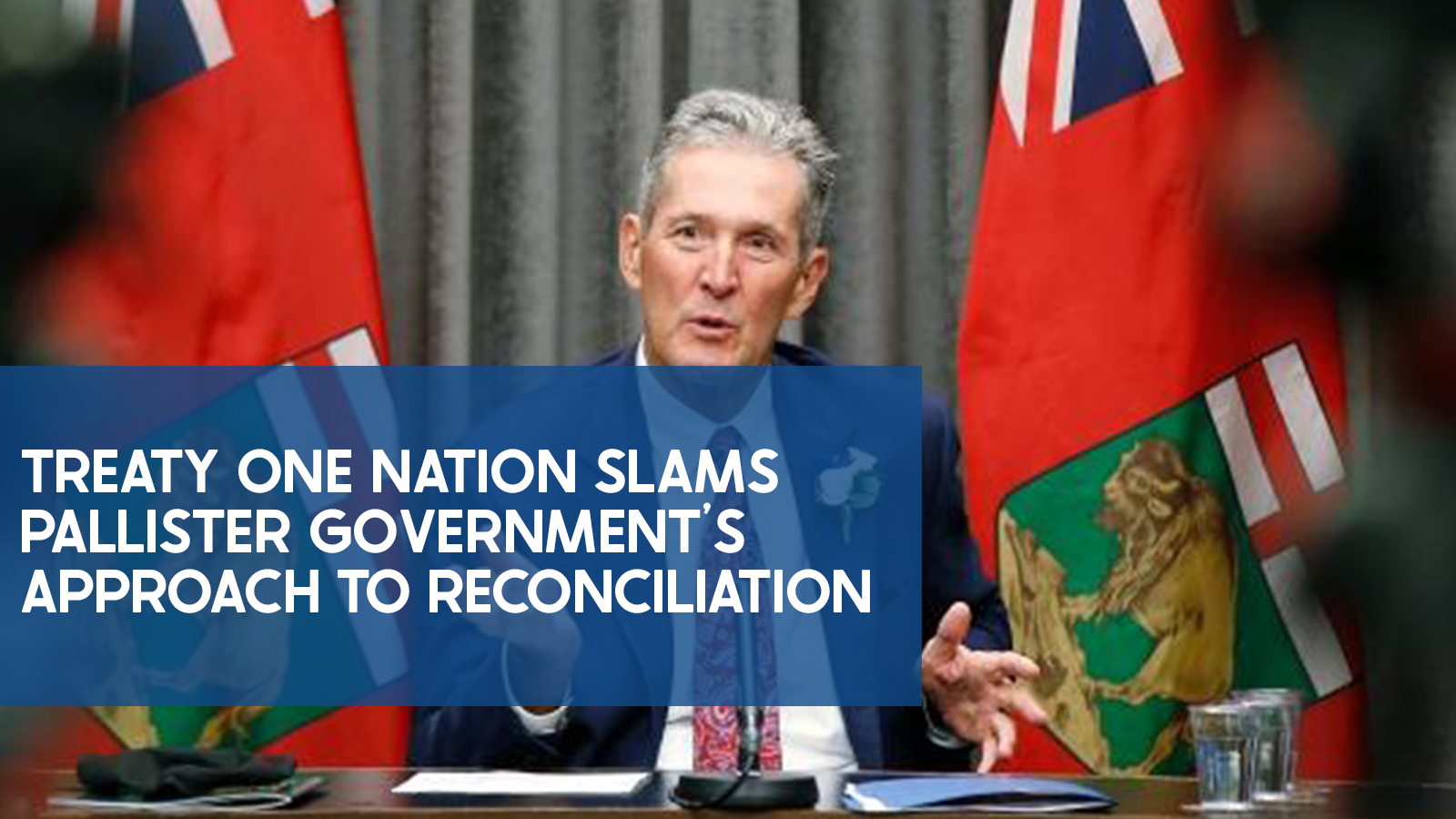 “While the Treaty One Nation supports this small step towards building a relationship with Indigenous people of Manitoba, the Treaty One Nation was never consulted regarding the establishment of an Elders Advisory Council, nor did we provide any input into the nomination of Knowledge Keepers for Treaty One. Furthermore, the Treaty One Nation has reached out to begin dialogue with the Pallister government and despite this year being the anniversary of the signing of Treaty No. 1, they have so far failed to engage with Treaty One Chiefs and Government. If Brian Pallister and his Caucus were invested in true reconciliation, he would drop the court battle over Children’s Special Allowances for First Nations kids in care, stop the attack on First Nations businesses, support the repatriation of “crown lands” to us, and begin meaningful consultation with Chiefs of Treaty One about working together for the prosperity of all Manitobans.”

Chief Dennis Meeches, Spokesperson for the Treaty One Nation.