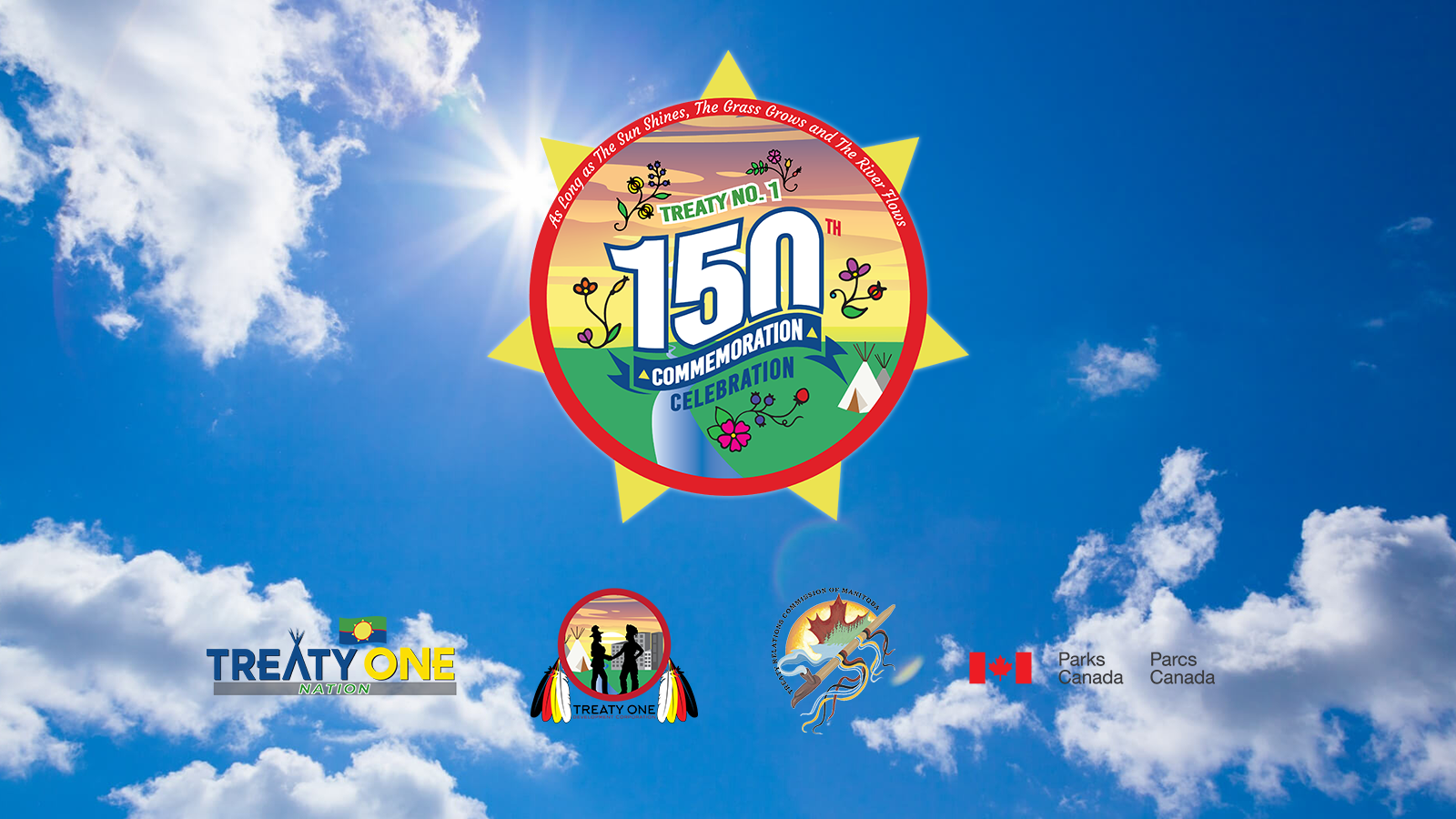 Countdown to the 150th anniversary of the signing of Treaty No. 1 Begins

ST.ANDREWS, MB, June 20, 2021 /CNW/ – Today, the Treaty One Nation, in partnership with Parks Canada and the Treaty Relations Commission of Manitoba, are launching the six-week countdown to the 150th Anniversary of the making of Treaty No. 1 on August 3, 2021.

This virtual campaign kicks off with commemorative videos and a six-part series in the Winnipeg Free Press with weekly articles penned by Treaty One Nation community members. The aim is for Treaty One Nation Elders, leadership and youth to share various aspects of the beautiful Anishinaabe culture and traditions, highlights from each of the seven Treaty One communities, as well as the significance of the Treaty signed on August 3, 1871 between the Crown and our respective Nations.

As in years past, a small in-person gathering to mark the occasion will take place at Lower Fort Garry on August 3rd, pending provincial health restrictions. After an early morning pipe ceremony, the Oyate Techa Riders will perform an honour ride on horseback through the grounds to usher in the flags and eagle staffs of each of the seven Treaty One Nations. A formal commemoration and flag raising, followed by opening remarks by First Nations and government leadership, will be offered to guests and dignitaries. Visitors will also be able to view a curated exhibit that includes the sacred pipes from the original ceremonies, a Treaty No. 1 document replica, and other important historical items from the events leading up to the August 3, 1871 signing. Activities will then shift to Naawi-Oodena (former Kapyong site) in Winnipeg, with more details to come as planning continues.

The countdown clock, along with a list of events and activities related to Treaty 1 – 150 can be found on the Treaty One Nation website and we encourage people to follow #TreatyOne150 on Instagram and Facebook. Further details regarding restrictions and health protocols related to the August 3rd gathering will be shared as local restrictions become known.

With the countdown to Treaty 1 – 150 now underway, Parks Canada continues to work closely with Treaty One Nation to advance reconciliation efforts, including increasing Indigenous history and perspectives at Lower Fort Garry and other Parks Canada places. Treaties remain critical agreements that guide the relationship between the Government of Canada and First Nations in Western Canada.

Lower Fort Garry National Historic Site was the location where Treaty No. 1 was negotiated in 1871. This treaty was the first of the 11 numbered treaties that helped establish Western Canada. Treaty No.1 one was made with the understanding that the Treaty would be in place for “as long as the sun shines, the grass grows and the river flows”.

“The Treaty One Nation government is pleased to be commemorating this important time leading into the Anniversary of the signing of Treaty No. 1. It is important to remember that the treaties are living documents between our Nations and the Crown, and we would like to take this time to honour the Chiefs and leadership for their courage and insight in the negotiations of these agreements. First Nations people more than fulfilled our commitment to live and work together with newcomers, and we look forward to resetting the relationship with the Government of Canada going forward. We thank Parks Canada, Heritage Canada, and the Treaty Relations Commission for their help in planning this significant occasion.”

“On behalf of the Treaty Relations Commission of Manitoba I encourage everyone to acknowledge and reflect upon the Treaties that were entered 150 years ago and ask that we honour the treaties by learning about their spirit and intent and work together to implement them today so we may all benefit from the treaty relationship.”

“The Government of Canada is committed to reconciliation and renewed relationships with Indigenous peoples, based on a recognition of rights, respect, co-operation and partnership. The 150th anniversary of the making of Treaty No. 1 between the Anishinaabe and Muskegon Cree peoples and the Government of Canada is an opportunity to pause and remember the historical significance of that meeting. It is also an opportunity to reflect on how we can build a stronger Nation-to-Nation relationship going forward.”

The Honourable Jonathan Wilkinson,Minister of the Environment and Climate Change and Minister responsible for Parks Canada

“As the 150th anniversary of the signing of Treaty No. 1 at Lower Fort Garry National Historic Site nears, all Canadians are encouraged to join in for this virtual countdown. Throughout the summer, may we all enjoy the commemorative activities, leading up to and on the anniversary date of August 3, 2021, as this important historic event is celebrated through storytelling, cultural teachings and educational activities. The government is proud to continue working closely with the Treaty One Nations to advance reconciliation efforts, while working to increase Indigenous presence at Lower Fort Garry and other Parks Canada administered places.”