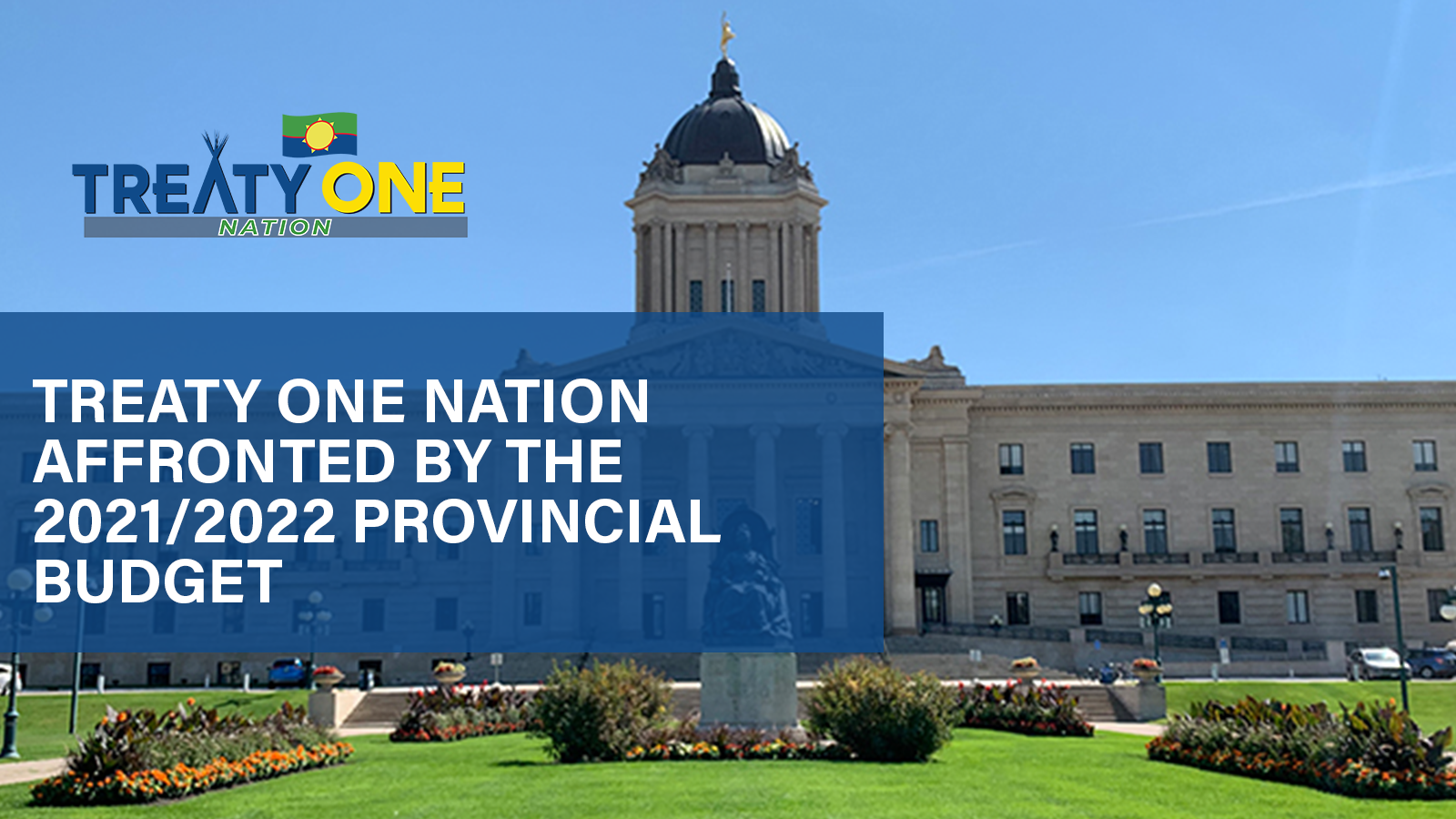 Treaty One Nation Affronted By The 2021/2022 Provincial Budget

Treaty One Territory, Winnipeg, MB – The Treaty One Nation is disappointed in the Pallister government’s budget released today. Despite contributing billions to the Manitoba economy, First Nations people and businesses were overlooked in this provincial budget.

“First Nations people and businesses of Manitoba continue to bolster the provincial economy, yet we’re not even a real consideration in this budget. First Nations and other marginalized people have borne

the brunt of this pandemic,” said Chief Dennis Meeches, spokesperson for Treaty One Nation. “The PC government has cut funding to education, healthcare, increased Hydro rates, and failed to support parents and caregivers with childcare and wage subsidies. Many businesses, including First Nations companies, have been forced to shut down due to the lack of support by the PC government.”

Meeches further stated that the Pallister government needs to work in partnership with the Treaty One Nation, and all First Nations in Manitoba. “While we appreciate the additional emergency measures funding, developing a fair and inclusive approach together to rebuild our economy is the only way to move forward,” he concluded.