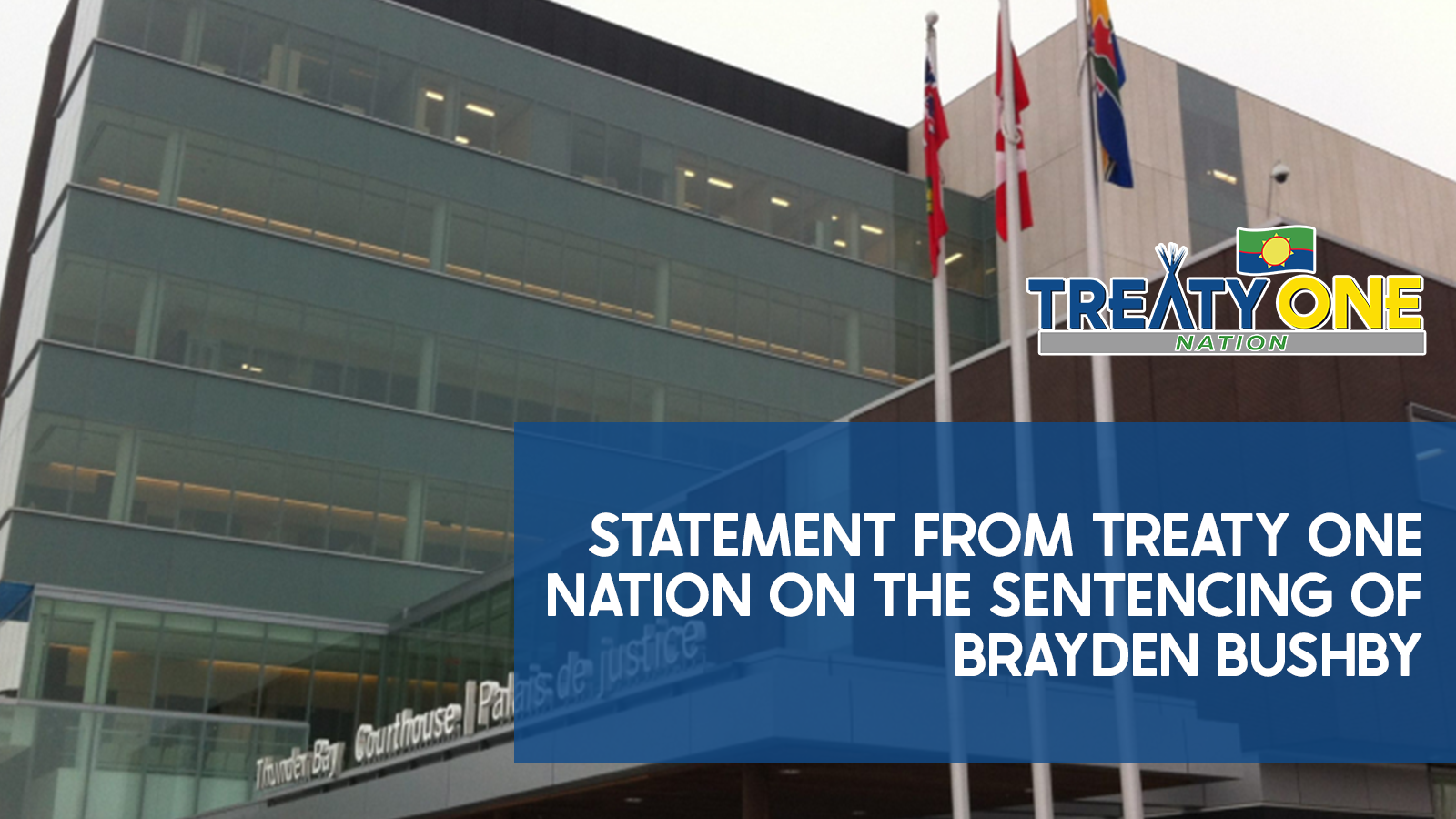 Statement from Treaty One Nation on the Sentencing of Brayden Bushby

Treaty One Territory, Winnipeg, MB – The sentence for Barbara Kentner’s murderer was handed down in Ontario court today.  Brayden Bushby was sentenced to eight years for manslaughter after fatally throwing a trailer hitch at Barbara and her sister in Thunder Bay in January 2017.

Chief Dennis Meeches, Spokesperson for the Treaty One Nation states:  “This sentence of eight years is woefully inadequate for the pain and suffering Mr. Bushby has caused for Barbara’s family, friends, and community.  The investigations, trials, and sentencing in crimes against First Nations people are skewed by systemic racism, which we see time and time again – and this case is no exception.  We want our woman and girls to feel safe in this country, and it is beyond time that the Canadian judicial system addresses this discrimination immediately.  Although this sentence is light, we hope this gives Barbara’s family some closure and we send our sincerest condolences to them today.”