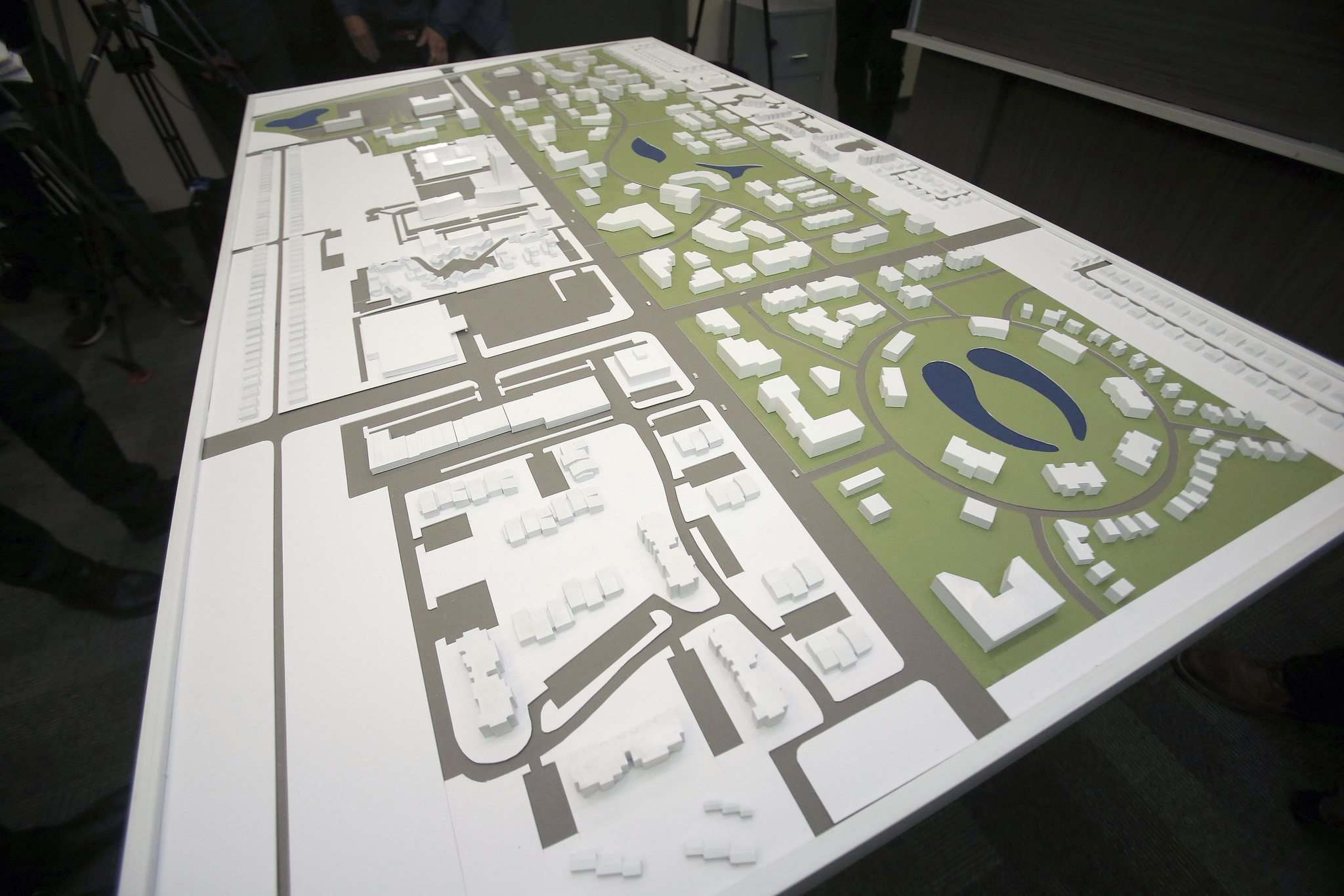 A new 3D model of Naawi-Oodena will help Manitobans visualize the $1.2-billion project set to replace the Kapyong barracks.
“This model is here to illustrate the size of the project… It’s building the master plan into a visible form just to help us with some of the envisioning process, as well as bring in possible partners who are interested in working with us,” said David Thomas, planning and design manager of Treaty One Development Corp.

Thomas unveiled on Thursday the model of the south Winnipeg site, which offers a sense of where each new component will pop up.
The vision includes some unique cultural features that highlight the site’s significance to Indigenous communities who relied on the land before it housed the Canadian Armed Forces barracks (in use until 2004), including a set of retention ponds that combine to form the shape of a bison footprint.
“It is an attempt to kind of (reflect) the character of the site,” said Thomas.
Culture is a key focus of the Treaty 1 First Nations-led plan. The corporation includes representatives from Long Plain, Peguis, Roseau River Anishinabe, Sagkeeng, Sandy Bay, Brokenhead Ojibway and Swan Lake.
In March, a master plan for the site revealed it will include a mixed-use village, as well as commercial, residential, sports and recreation, cultural campus, education and community spaces, with the full development likely to take about 10 to 15 years to complete.
Specifically, the plan calls for about 2,300 to 3,000 residential units and 915,000 to 1.2 million square feet of commercial space, including office, retail and institutional.
Through a partnership agreement, Treaty One Development will direct 108 acres of the site and Canada Lands Corp. will develop the remaining 52.
The project’s proponents previously told the Free Press some properties could be sold for home construction by 2023.
The site will become one of the largest urban Indigenous economic zones, or urban reserves, in Canada and include several features meant to bring those of different cultural backgrounds together, Thomas said.
“It’s reconciliation but it goes beyond that. It’s something that is forward looking,” he said.
The project will likely require some City of Winnipeg approvals that have not yet been applied for.
The long-discussed goal to widen Kenaston Boulevard, a major traffic bottleneck, is not within the first round of changes. Progress on that front will be largely determined by the city, Thomas noted.
The 3D model of the site will be shared with Treaty 1 communities soon to gather additional feedback on the plans, Thomas said.
One of the first steps of the construction is expected to begin in 2022, largely involving sewer and water work. A few businesses could open up within the next two years, said Thomas.
That first phase of work will begin at the northeast corner of Kenaston Boulevard and Taylor Avenue, which will eventually include an office complex, apartment building, strip mall and gas bar.
The former Kapyong barracks were left vacant 17 years ago when the 2nd Battalion of the Princess Patricia’s Canadian Light Infantry moved to CFB Shilo.
joyanne.pursaga@freepress.mb.ca
Twitter: @joyanne_pursaga 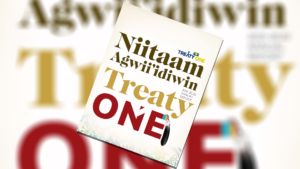 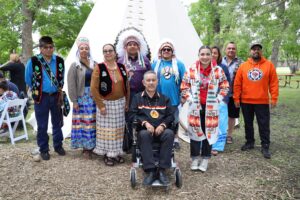